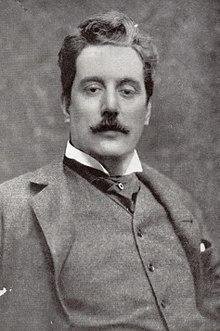 Giacomo Puccini was born on December 22, 1858, in Lucca, Italy, where since the 1730s his family had been tightly interwoven with the musical life of the city, providing five generations of organists and composers to the Cathedral of San Martino, Lucca’s religious heart. It was therefore taken for granted that Giacomo would carry on this legacy, succeeding his father, Michele, in the role first held by his great-great grandfather. However, in 1864 Michele passed away when Giacomo was just 5 years old, and so the position was held for him by the church in anticipation of his eventual coming of age.

But the young Giacomo was disinterested in music and was a generally poor student, and for a time it seemed that the Puccini musical dynasty would end with Michele. Giacomo’s mother, Albina, believed otherwise and found him a tutor at the local music school. His education was also subsidized by the city, and over time, Giacomo started to show progress. By the age of 14 he had become the church organist and was beginning to write his first musical compositions as well. But Puccini discovered his true calling in 1876, when he and one of his brothers walked nearly 20 miles to the nearby city of Pisa to attend a production of Giuseppe Verdi’s Aida. The experience planted in Puccini the seeds of what would become a long and lucrative career in opera.