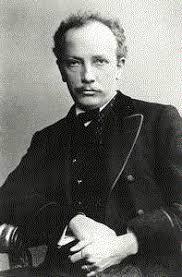 Richard Georg Strauss was born in Munich on June 11, 1864. He was the first child of the Musician Franz Joseph Strauss and his wife Josepha (who is descended from the Brewery Dynasty Pschorr). As early as the age of six, Strauss was already composing his first pieces. By his 18th Birthday, he had composed 140 works. His “Opus 1” “Festive March for Large Orchestra” was released in 1881.

Upon recommendation of his Mentor at the time, the renowned Wagner Conductor Hans von Bülow, Richard Strauss became the Music director in Meiningen at the young age of 21. One year later in 1886, the musician moved on to become the third Musical Director (Kapellmeister) at the Munich Court Opera (Münchner Hofoper). Inspired by literature and his travels to Italy, as well as by the composer Franz Liszt, Strauss dedicated himself at this time to the study of the symphonic composition and reached the peak in his art of orchestration.

Strauss moves to Weimar in 1889. He was appointed 2nd Kappellmeister until 1894 and met a great challenge as a conductor. With the premieres of “Don Juan”, “Death and Transfiguration” and “Macbeth”, Strauss’ fame as a composer grew. His first opera “Guntram” raised only moderate success, but he nonetheless managed to compose several more songs (Lieder) during this time – last but not least for his bride.

In 1894, there was a turning point in his private life: Strauss married Soprano Pauline de Ahna.

Strauss l left for Munich in 1894 to assume the role of first Chapel Master. In 1897 his son Franz was born. Up until 1898, his success lay primarily in tone poems (such as “Thus spoke Zarathurstra”). It was through these that Strauss succeeded in becoming internationally renowned. Despite this success, he still did not get the position as the Munich General Music Director. He reacted to this in his own way – by going to Berlin and composing a Symphony based upon his own life: the “Sinfonica Domestica”.

With the premiere of “Salome” in Dresden in 1905, Strauss defined the term modern opera music for his supporters as well as his critics.

The polar reactions of enthusiasm mixed with acute rejection continued with the opera “Elektra” – which was Strauss’ first work with “his” poet Hugo von Hoffmansthal. However the opera proved to be a success. With the proceeds from “Elektra”, Strauss was able to construct his villa in Garmisch which later became the family residence.

Strauss was now a settled “Family man” as one likes to call it nowadays. This could be seen in his works: with “Rosenkavalier” in 1911, Strauss competed with the legacy of his namesake (Johann) Strauss. He shortened “Ariadne” in 1912 to a more publicly accepted version. Strauss and Hofmannsthal soon gained the reputation of a “wonder team”. They were then joined by director Max Reinhardt who was made responsible for creating effective staging and production.

When Strauss’ considerable fortune was confiscated during World War I (as “enemy assets”), it was then that the real value of his music emerged: he finished “Woman without a Shadow” in 1916 and in the last year of the war he began to compose Lieder again with his “Krämerspiegel” (“The Shopkeeper’s Mirror”).

When he was appointed Vienna State Opera Music Director in 1919, Strauss fought against its image as an “opera museum” and brought new productions to the opera house.

Strauss and Hofmannsthal wished to confront the sadness of the post war era with the beauty of culture. As a result, they founded the Salzburg Festival in 1920 with Reinhardt and the set designer Alfred Rolle.

While his family was settled in Vienna, Strauss brought music to the world by touring the USA and South America. His son was married in 1924 to the daughter of a Jewish industrialist, a new villa was built, and Strauss became honorary citizen of the city of Vienna. However, in that same year, Strauss resigned from his position as Vienna State Opera Director, and left the city – not without resentment.

During the 20s, the Strauss-Hofmannsthal “Wonderteam” worked on lighter pieces and musical comedies; “The Egyptian Helen” and “Arabella” were produced. When Hofmannsthal died in 1929, Strauss saw a congenial poet in Stefan Zweig. Strauss created “Silent Woman” with his new partner. However, at that time, Strauss could not anticipate how this new relationship with Strauss would put him and his family in danger.

In 1993 Strauss was made President of the German State Music Bureau “Reichsmusikkammer”. The following years would come with mixed feelings. Strauss was unable to convince others in his fight against the Aryan policies of Hitler and thus incurred Goebbels’ wrath. Nonetheless, he composed the “Olympic Hymns” for the 1936 Olympic Games in Berlin. He and his “Jewish related” family remained under the protection of Gauleiter Baldur von Schirach. Strauss composed his last two operas “The Love of Danae” and “Capriccio” and escaped to Switzerland in 1945 where he experienced great financial hardship.

Shortly before his death in 1949, Strauss relived some of his old fame and recognition. A Strauss festival took place in London in 1948 and Munich began preparations for several honours that would be awarded to him for his 85th birthday in 1949.

The aged artist continued to compose a few more lieder but he focused on his „artistic legacy“. Strauss’ estate is managed by his family, and the Richard Strauss institute in Garmisch-Partenkirchen as well as the yearly Strauss days hold the memory of Strauss and his music alive.